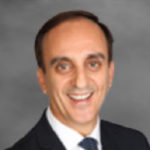 Christian is a hospitality professional with more than 25 years of expertise. Mr. Charre has sold in excess of $5 billion in hotel assets in the U.S., the Caribbean and Latin America. Throughout this time, he has built an impressive network of relationships with owners and other market players throughout the Americas. He has been involved with the operations, underwriting, financing, and asset management of numerous hotels and resorts worldwide. He is an investor in hospitality through various joint ventures.

Christian was Vice President of Investment Sales at Hotel Source, Inc. in Chicago. He spent two years in Moscow, Russia, as Chief Financial Officer for AeroIMP, a Canadian joint venture between IMP and Aeroflot. He also held various positions as CFO and Director of Finance with Hilton Hotels Corporation and Club Med. He held positions in various countries including France, Spain, Japan, Switzerland, Indonesia, Mexico, Dominican Republic and the United States.

Christian holds a BS in Hotel Administration from Ecole Hoteliere de Paris, France. He is a fellow of the Royal Institution of Chartered Surveyors (FRICS) and a Counselor of Real Estate (CRE).